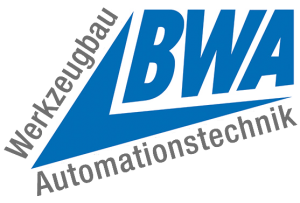 BWA Werkzeugbau GmbH was established in 1999. The original goal was to manufacture perfect punching and injection tools but our present range primarily includes automation technology.
Today we operate on more than 800 square metres of production and office space, which also includes modern and comprehensive machinery. Besides our company housed all departments to deliver everything from a single source.